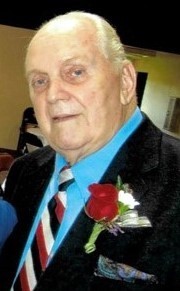 Schroff was born in Mansfield, Ohio, on June 28, 1936, to Clay and Reetha (Green) Schroff. He was raised in Ohio. At an early age, Clay enlisted in the U.S. Navy, and pursued it as his career, retiring as an AOC in Kingsville, Texas. On Nov. 7, 1964, he married Marie Margarita Goudswaard in Lynden. The couple resided in Oak Harbor from 1964-68. Following Clay’s retirement, they returned to the island, settling at Admiral’s Cove.

Clay loved to fly small airplanes. He also enjoyed sailing and skeet shooting, and had been a contestant in the All-Navy Skeet Shooting Championship. He was a member of the Oak Harbor Christian Reformed Church.