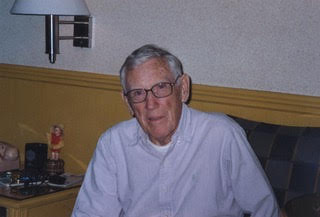 Dan grew up in Seattle and soon after high school graduation was drafted into the United States Navy in 1943. Trained as a radio man, he was stationed in the Pacific, where his love of the Philippines stayed with him his entire life. He returned home and enrolled in the University of Washington, later graduating in 1954 with a Doctor of Dental Surgery Degree (DDS). After graduation, Whidbey Island became Dan’s sanctuary.

After 36 years of dentistry, Dan focused his retirement on World War II history, traveling and University of Washington Athletics.  He never lost his love of the Philippines, traveling there as often as possible.

A great many thanks to WhidbeyHealth Hospice for the care they provided Dan and family.  “We could not have done this without you.”