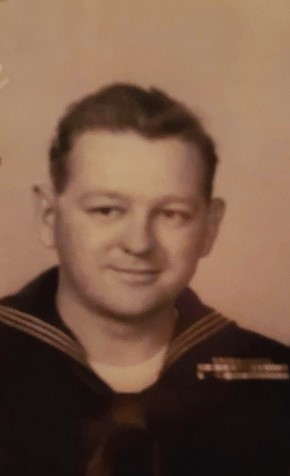 Don Louis King of Oak Harbor, Wash., passed away Monday, April 27, 2020, at the age of 93. After suffering from several mini strokes in a short period of time, he died peacefully in his home with family by his side.

Having retired from active duty, he continued to serve as a Civil Servant, also for the United States Navy, and completed another 20 years working as a supervisor of ship building and repair. In conjunction with his supervisor duties, he was a liaison to foreign countries working with the U.S. Government. His final occupation before officially retiring was with the company Global Marine out of San Diego, Calif. The job afforded him the opportunity to travel all over the world as he did when he entered the Navy so many years before. Once retiring for good, he and his wife of 63 years moved to Oak Harbor to live out their golden years near the water in a small peaceful town. In full retirement he was able to enjoy playing golf everyday with his friends and was known to have a 2 over par handicap.

Services will be held in Oak Harbor when the COVID-19 stay at home order has been lifted.