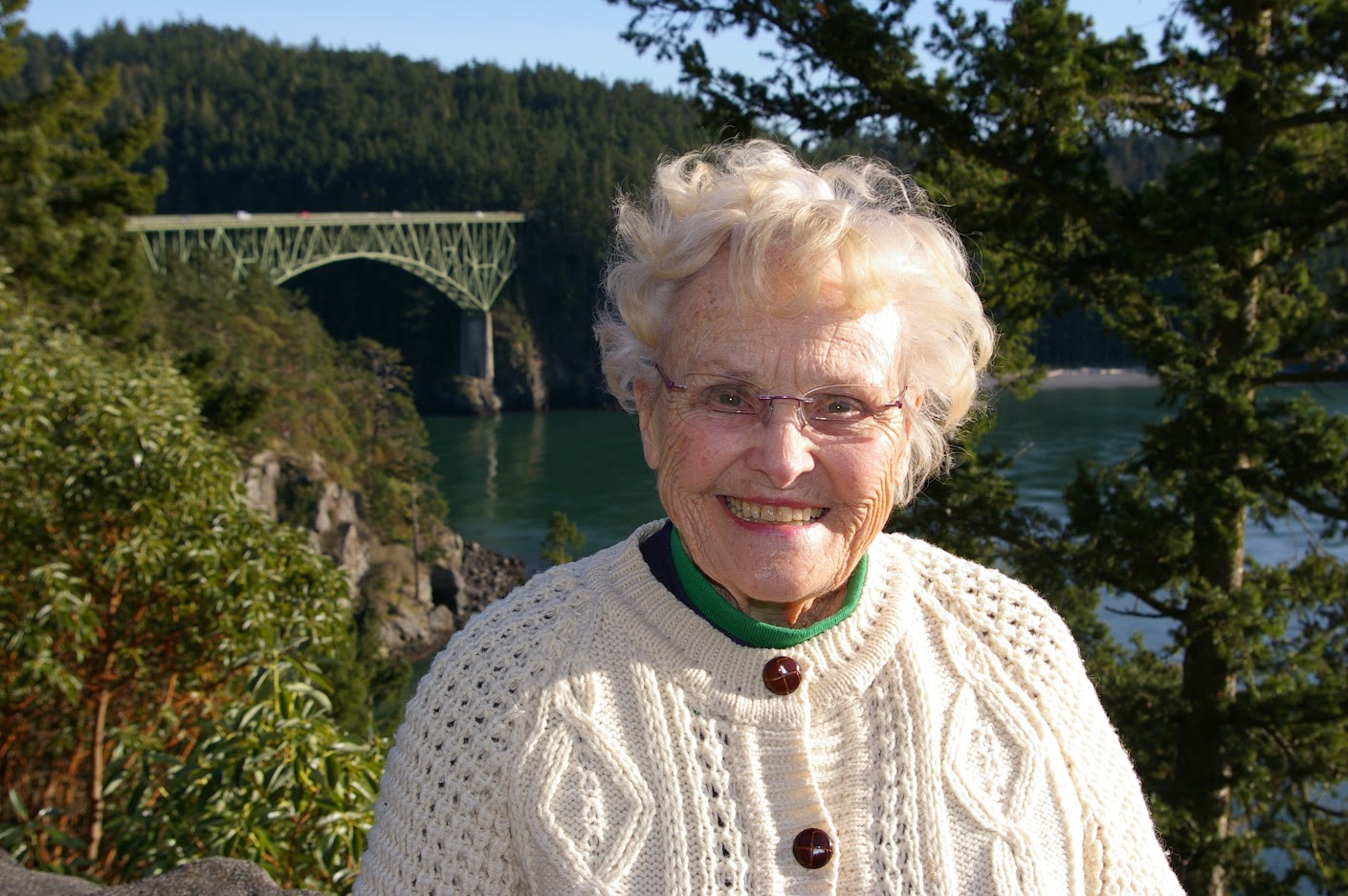 Mary Alice (Kelleher) Fryer, Helen was her parents’ sixth and most mischievous child. She got

cheerleading skills in high school, before going off to college and graduating from Northwestern

University with a BA in Speech.

adorned with Helen’s dramatic animation and wit. She loved to recount her impromptu “honorary

member” induction into the VF-2 Squadron as a teen during a train trip, or an encounter with

Edward R. Murrow during The Association of Women Broadcasters Convention in New York (a

story so good, Reader’s Digest published it!), or a tea-time invitation with President Truman and

his wife, or a trip to Hollywood to interview movie stars.

Air Force Lieutenant named James David Lloyd Chatfield, who she met in 1948 while on a date.

She said they were each with other people but couldn’t stop staring at each other all night! Jim

had heard her cooking show radio program on KROD as he flew around El Paso, enjoying her

descriptions of tasty recipes. The two married a few months after meeting. To Jim’s surprise,

Helen and Jim lived around the world, including in the Philippines, Switzerland, France, and

Italy, and across the U.S. in Ohio, Washington D.C., and California. Her stories from that time

Fiat president Giovanni Agnelli. Along the way, they had six children. Helen stayed active and

involved in various wives’ clubs, where she said they always made people laugh.

(oldest 19, youngest 3) at the age of 44, who just moved to Washington, Helen had to start her

life over. A road trip north fueled by uncertainty serendipitously landed Helen and the kids in

Oak Harbor on Whidbey Island, when she saw a sign for a ferry to the Naval Air Station and

decided to make a turn. And so began Helen’s legacy in the small town that would embrace her,

Herald for 18 years. She won national and local awards for her writing and photos, with some

nation. She also wrote a column for the Whidbey News-Times and had a news program on

KBRC. At 57-years old, Helen rode with one of the Blue Angels and lived to write about it!

In 1988, Helen married retired U.S. Navy Rear Admiral Charles Stillman Weeks, after the two met and got to know each other through community functions. They had some fun times that

involved parties and dancing! Charlie passed away in 1991.

contributions.  She helped save and restore the Neil water tower (and got it on the National

Register of Historic Places!), helped keep the Holland Happening Celebration going (she was

once designated an “Honorary Hollander,” despite being Irish!), chaired the Parks Board when it

established the Scenic Heights Trailhead (she cut the ribbon!), once served as Grand Marshal

for the St. Patrick’s Day Parade (and was in many a parade, known for her Irish jigs!), and her

specialty was a Shirley Temple impression!).

In 2012, Helen was honored during the Island County Historical Society’s Awesome Auction,

because of her community involvement and work to preserve local history. Helen was also

hooray!” cheers at meetings, parades, and events. A Garry oak tree is planted in Smith Park in

Helen’s honor, a park she lived within walking distance of for over 30 years.

Helen loved animals, and was a huge supporter of the Whidbey Island Pony Club and Whidbey

Island Horse Trails for decades. She enjoyed the outdoors, backpacking up in the mountains

where she took an infamous Bigfoot picture that was later featured in a book. In the winter,

Here is the long list of organizations Helen was involved in: The Navy League (once awarded

Navy Leaguer of the Year, and first woman to serve on the board), Retired Officers Wives Club,

American Association of University Women of Whidbey Island, Northern Deanery of the

Catholic Church. No doubt there’s more, the family is still learning about them!

Helen’s bright smile and distinct laugh now live on in her children, and grandchildren. Her family

knew her as a loving and supportive mother and grandmother, and source of inspiration. Helen’s positive spirit will continue to thrive within the Oak Harbor community, and in the many people whose lives she touched.

She is preceded in death by her husband Jim, second husband Charlie, parents, sisters

Helen’s life will be celebrated during two public services. The memorial service will be held

reception to follow. A community celebration of life will take place Saturday, Aug. 6, 2022 at

Windjammer Park at 12 noon. A private family interment of ashes ceremony will take place at