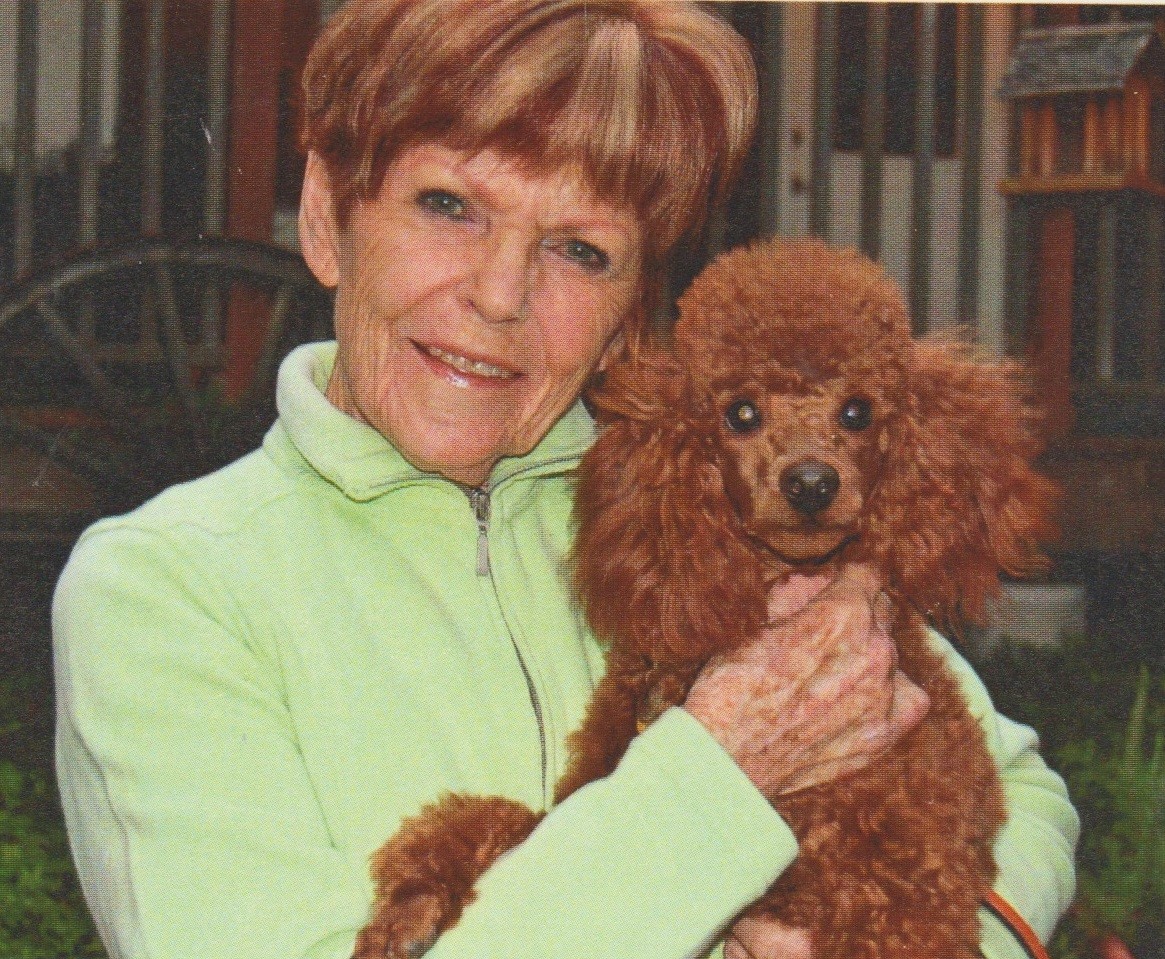 Jackie was born at home on her father’s birthday (in the home he had built) in Jamestown on the small Conanicut Island in Rhode Island to Cmdr. Joseph Francis Daniels, USN (retired), and Elsie Anne Bollons Daniels. She joined her sister, Stella, and lived in Jamestown until she was nine, when the family moved to England for a year. Then on to Panama for a short time and finally to a new home in Long Beach, Calif. Thirteen days later she experienced her first earthquake. She had been in her school that was demolished just two hours before the quake.

David Hepburn and Joseph Daniels met to collaborate about a shipyard to build ships to bring timber from Northern California to Southern California – the project didn’t work out, but David Hepburn and the beautiful, redheaded Jackie Daniels met. Two months later they were married, March 1,1941. She was 17. They lived in Glendale, Calif., where son, David Jr., was born in 1942. With World War II raging, Jackie moved with young David back with her parents. David Sr. was in the Army Air Corps and stationed nearby. Pamela was born in 1944 in St. Joseph’s Hospital where all nearby servicemen’s wives gave birth. Jackie helped her father with a huge Victory Garden growing in the vacant lot next to their home.

Following the war, the young family moved into the small caretaker’s house within the Hepburn family-owned Grand View Memorial Park in Glendale. The cemetery and related supply business became David’s life work and she helped with the success of Triple H Company. A dream came true in1949 when Jackie designed a home they then had built in Woodland Hills, CAalif. A few years later the family moved back to Glendale to be closer to David’s work. Much to their joy, son Richard joined the family in 1954. The family was blessed again in 1957 when daughter Marianne was born to complete the family Jackie always wanted.

It was in the 50s when six couples decided to get together once a month to play a new board game they called Aggravation. Each couple made their own wooden board. This group gathered faithfully for over 30 years. David and Jackie were such smooth dancers, especially enjoying the music of the up-and-coming Frank Sinatra.

When RVs became motorized the family became avid motorhome travelers. Jackie started her own business – Lodgemobile Rentals. She was one of the first to rent motorhomes out – many to the movie industry. She envisioned RV parks nationwide to accommodate the motorhomes. Sadly, when Jackie was just 42, David became ill. His illness prevented her from continuing the business. Over the next 30 years she not only nursed him through many critical incidents but was the scientist behind the food and medications that kept David alive. During that time she was proud to own The Fudge Company, a beauty salon. Her final home in Glendale allowed her to use her design and building skills – a beautiful bricked-in patio.

Finally, David’s medical costs led to the decision to sell their home and move in with son Rick and family in Virginia. Following David’s passing in 1995, Jackie moved cross country again to live in a cottage on Whidbey Island, Wash., near daughters ,Marianne and Pam, and their families. We can’t forget her lifelong love of her dogs.

In 2000 she met Carl Ronning on a blind date. Married in 2002, Jackie and Carl moved to a new home and spent the next six years traveling the world. When home they enjoyed the friends they gathered with for dinner every Friday night at the local Rod and Gun Club. Following Carl’s death in 2008, Jackie returned to the cottage and lived there independently until the last two days of her life. She passed away peacefully in Coupeville, Wash.

Jackie was always proud of her family. Her nieces and nephews recall how she was a mother mentor to them. She welcomed AFS Greek student, Nick Prapopoulos, to join David Jr. for their senior year of high school. Nick remained close to his American ‘Mom’ until her passing.