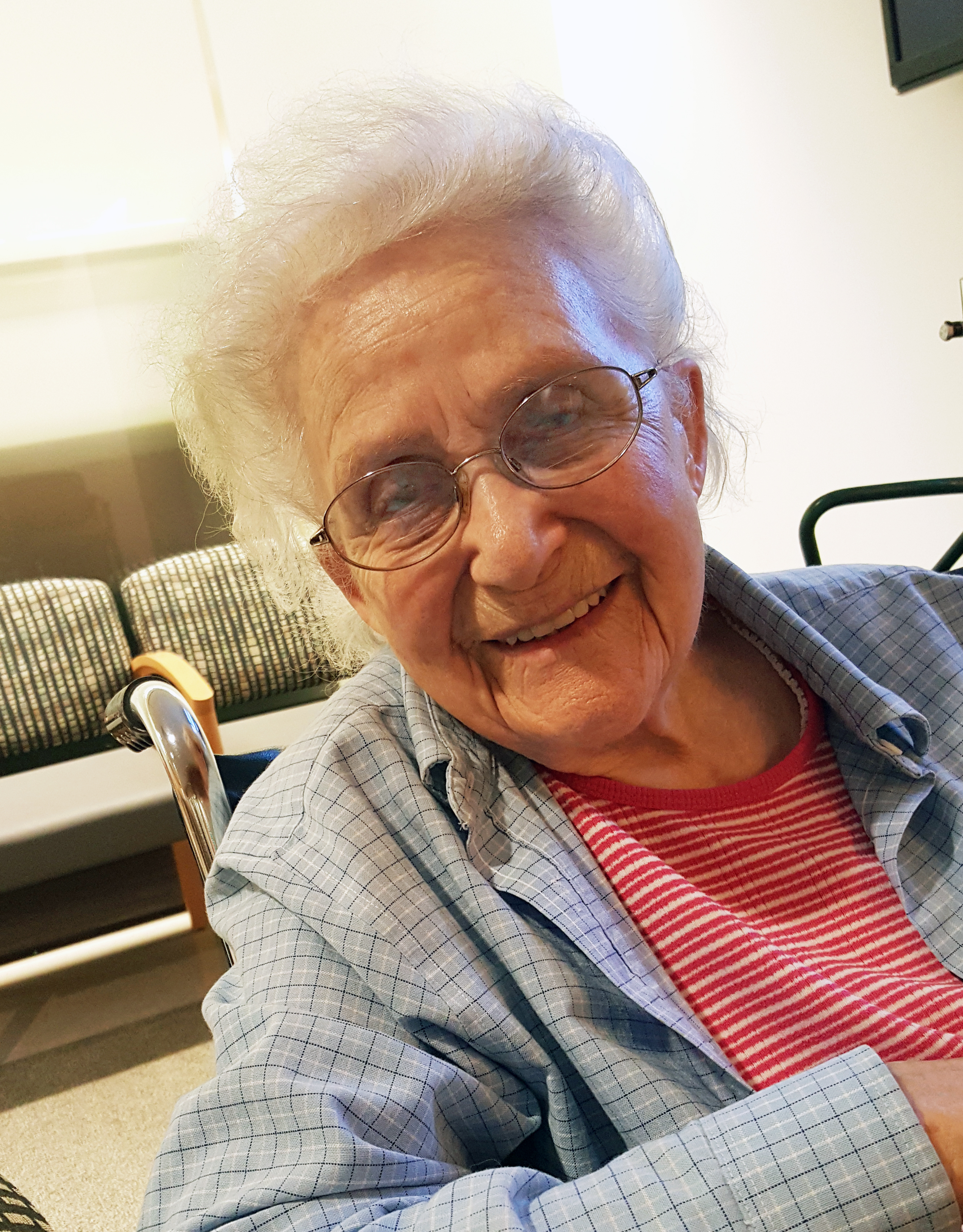 LaVonne (Bonnie) Higley, Centralia, Wash., passed away quietly Tuesday, May 14, 2019 at her daughter’s home in Oak Harbor, Wash., surrounded by her family. She was 95.

It’s hard to capture all that she was in a few words. There aren’t enough to describe the incredible woman, wife, mother, sister, aunt and friend who graced our lives for so long, who lived through so much joy and pain, who delighted us with her wit and her spirit, who comforted us with tender words and heartfelt embraces, but we will try.

She was born in Alexandria, Minn., Feb. 18, 1924, the seventh of eight children born to Carl and Edna (Scott) Koch and spent her early childhood in Cyrus, Minn. The family later moved to Nelson, Minn., and Bonnie graduated from high school in Alexandria. Her early childhood years in Cyrus were full of fond memories for Bonnie, who would often tell stories of the mischief she and her brothers, sisters and friends made in the tiny community.

It was after the move to Nelson that Bonnie met the boy down the road and the two fell in love. She and John Higley were married Jan. 7, 1944 in Grand Rapids, Mich., while John was on a weekend pass from the military. He would go on to serve 23 years in the U.S. Air Force, and Bonnie was there through it all, living in duty stations in several states and Japan, always looking for new adventures wherever they found themselves. Perhaps that helped contribute to her love of geography; she never saw a map she didn’t love! In 1967, Bonnie and family moved back to Minnesota upon John’s retirement from the Air Force. They spent more than 35 years on their small hobby farm in Miltona, where they loved trampling through the woods or enjoying time on Lake Irene.

Bonnie was a talented artist, although that was not something on which she focused. She was a gifted musician and played her piano daily for as long as she was able. She said it kept her fingers nimble and arthritis at bay. She knew a song for any occasion and would often burst into a melody that seemed appropriate to the circumstance. She also seemed to have a never-ending repertoire of rhymes and riddles she would rattle off at random for some giggles and grins. She loved working on jigsaw puzzles and playing games; Memory and Kismet were particular favorites.

She and John moved to Centralia in 2003. In Washington, Bonnie enjoyed the scenery and the greenery, reveling in the lush flowers and plants that grow so abundantly. She loved sitting in the sunshine with a good book and a cup of tea and spending time with family and her beloved dog, Katie.

Bonnie was a perennial “putter-er;” she puttered around the house all day, feeding the birds, feeding her pets, feeding us. She was an expert at hiding treats; some of us were better than others at discovering those hidden caches of goodies. For all her puttering, she managed to raise five kids, sometimes in less than perfect conditions, but we never knew we lacked for anything – her love and creativity were more than enough to fill our hearts and our homes. She instilled a sense of fun and adventure in all of us, whether it was camping in Alaska or rock hunting in Minnesota. She made everything fun. Our lives are the better for having had her for as long as we did; she will be sorely missed every day.

Bonnie was preceded in death by her parents; siblings Kenneth, Irene, Florence, Conrad, Walter, Jeanette and Norma; her husband, John; and daughter, Terry.

At her request, no services are planned. Her family would like to thank WhidbeyHealth Hospice for its care and support during her final weeks.