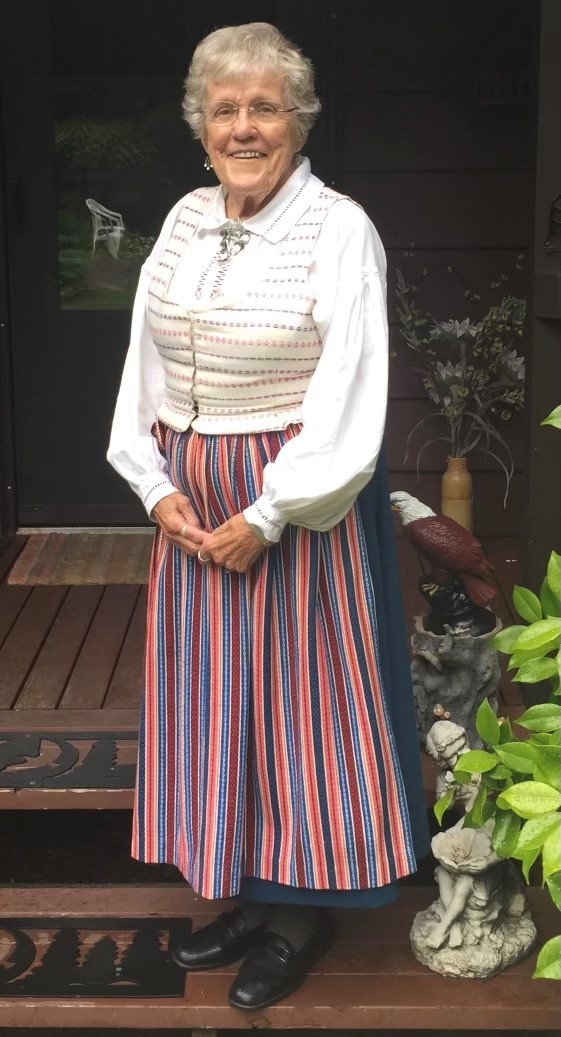 Majken Inga Warns passed away peacefully with her family by her side April 16, 2022.

Majken was born in Ysby, Sweden, Dec. 27, 1923. Majken was the second oldest of four children and she loved her siblings very much. After school ended, Majken married and began raising her three children, Inger, Lisa and Eric. Majken worked various jobs in Sweden, including several bakeries and a hospital that cared for World War II refugees.

In 1960, Majken packed up and made the long trip to America. Upon arriving to the United States, she lived in Washington, D.C. Majken had a remarkable work ethic and was always a very hard worker, frequently having two or three jobs at a time to provide for her family. She even worked in a cafeteria at the NASA headquarters, where she met many famous astronauts, including Buzz Aldren!

In 1964, Majken met the love of her life and soon-to-be-husband, Frederick Warns. Together they moved to Utah, where their daughter, Tina Warns was born. Fred was in the U.S. Air Force and they were soon stationed in Anchorage, Alaska. They loved all that Alaska had to offer, including watching the dog sled races. Eventually, they made their way to beautiful Whidbey Island, where they resided up until their passing.

Majken had very strong Swedish roots and loved her home country more than anything. She was a creative director at the VASA Order of America lodge in Mount Vernon, Wash., for several years.

She enjoyed working in her beautiful garden, watching the hummingbirds drink nectar in her yard and spending time with her family. Majken was a beloved wife, mother, grandmother, great-grandmother and friend.

She was predeceased by her husband, Frederick Warns and daughter, Lisa Andersson.

Her family loves her so much and will miss her tremendously.